twitter github rss email
Intermediate SQL: WHERE vs HAVING Hunted By a Leak - Part Two

When I use Perl 5, I do a lot of shelling out to external commands; after all, that's what Perl is good at! So it should come as no surprise that I do the same with Perl 6, which means a lot of the time and effort I spend helping with Perl 6 is improving the interaction with external commands.

While at the Swiss Perl Workshop back in August, I did a bit of work chasing down a race condition in Perl 6's Proc::Async, which is Perl 6's higher-level asynchronous API for handling child processes. While performing a test I wrote repeatedly to verify that I had fixed the race condition, I noticed that individual invocations of child processes started to feel slower. I added some timing code, and sure enough; over thousands of invocations, Proc::Async would gradually slow down. Here's the code I wrote that demonstrated the slowdown: 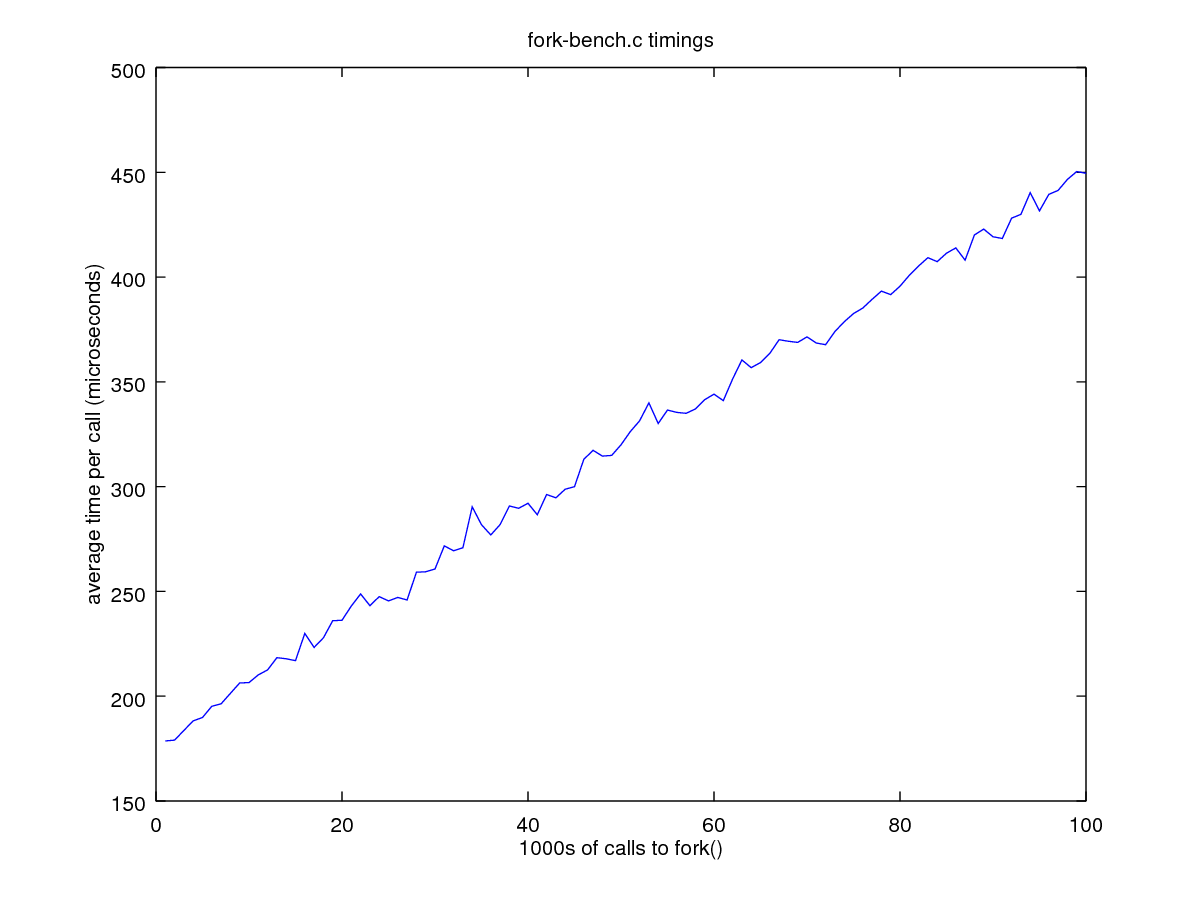 I haven't dug into the kernel source code yet to figure out exactly why this is happening, but that would make an interesting future blog post! So now, in order to fix the slowdown, I would first have to hunt down a memory leak, which I'll cover in the next post.